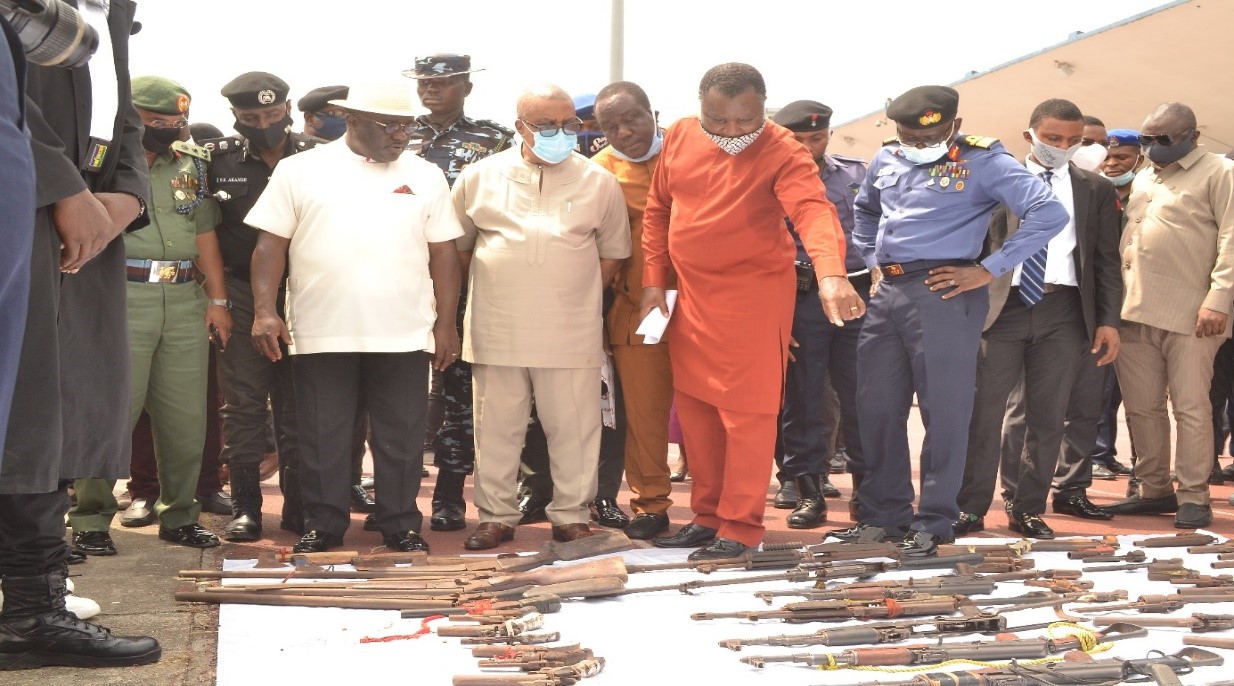 In May 2021, the President of the Federal Republic of Nigeria set-up a new agency on Small Arms and Light Weapons called, The National Centre for Control of Small Arms and Light Weapons (NCCSALW) to replace Presidential Committee on Small Arms and Light Weapons (PRESCOM).  In view of the new agency, LITE-Africa engaged with PRESCOM and NCCSALW for smooth transition and collaboration with NCCSALW.  Meetings were held with NCCSALW for familiarisation with project activities, to plan programme implementation and to revise the work plan. In all, 16 out of 17 activities planned were implemented over the period. (see updated logframe matrix in section 2.3). The significant positive results of the activities at initiating voluntary arms surrendering and destruction in the South-South state further validates the relevance of the SALW intervention logic in Nigeria. In the North-West states during re-engagement and interactions, the state Governors committed to facilitating the collection and destruction of arms and weapons from bandits and armed gangs in their states. Armed groups, militants, and bandits in the states equally committed to participating in data capture which will enable their communities to benefit from micro-projects in return for arms and weapons surrendered, even though there is no provision for livelihood support from the SALW Action.

A refresher training for officers on arms collection and destruction was held in Calabar, Cross-River State which culminated in the physical destruction of 5,727 units of arms and weapons in the State. The livelihood beneficiaries (Ex-Militants and armed groups) were deployed to various vocational and agricultural skills acquisition centers in Sapele, Enugu and Abuja leading to increased knowledge and capacity for improved living condition and peace. A total of 300 livelihood skills beneficiaries undertook training in various skills sectors.  From the 300 trained, a total of 120 livelihood skills beneficiaries received business start-up packs in Akwa-Ibom and Cross-River States.  Sensitisation activities were successfully carried out through the printing of IEC materials, production and broadcast of radio jingles on the dangers of small arms and light weapons and the need for citizens to embrace peace in Nigeria.

ACTIVITIES CARRIED OUT IN 2021

Production of jingles in Pidgin, Efik and Ibibio and broadcast of 160 radio jingles in Akwa-Ibom and Cross-River States.

The second stream of the Border Management Trainings took place between February and March 2021 with the participation of 154 security agents and civil society organisation in the 7 Action states of Akwa-Ibom, Cross-River, Kaduna, Katsina, Kebbi, Zamfara and Sokoto States

Conduct of two physical destructions of illicit SALW recovered from the selected communities in collaboration with the Nigerian military (Engagement of consultants).

Selected communities provided with community micro projects based on the number of arms collected per community for 21 communities (3 per state). 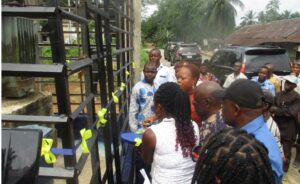 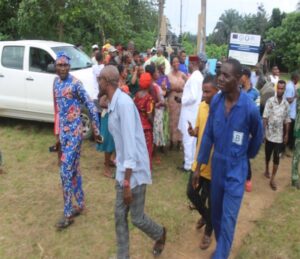 To ensure compliance to LITE-Africa and EU procurement policies an Expression of Interest was published in a national newspaper (Vanguard) newspaper on 2nd February 2021 requesting for vendors for procurement of start-up equipment for trainee graduates in Akwa-Ibom and Cross-River States. 5 vendors responded to the EOI which was analysed and the successful bidder awarded the contract for the procurement and delivery of business start-up equipment.